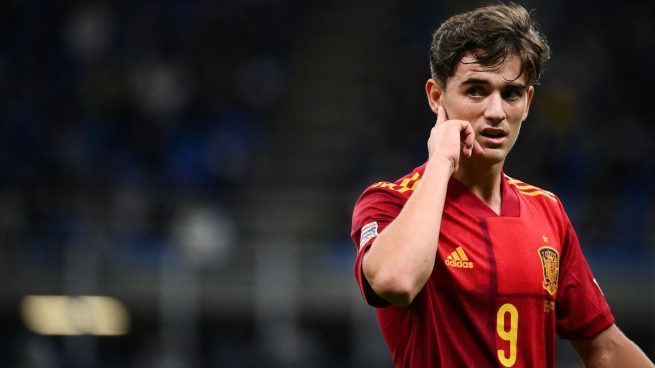 In Spain we do not know how to retain talent, look at it from any perspective you want, but as soon as someone stands out, we crush him and we spend all our efforts to find defects instead of pushing his virtues to the top.

One thing we are great at is creating talent. Year after year, decade after decade, we are privileged to see the growth of a batch of exquisite professionals who bring us closer, albeit in the blink of an eye, to the top of the world.

The latest to emerge has been Gavi, the youngest from Los Palacios. He has just turned 17 years old, and he is now a regular in all the conversations of fans and inexperienced supporters in the city of Barcelona. I highlight his age, despite being just a number, because it has been the main reason why he has received thousands of unfounded criticisms. Sometimes it is better to want to learn than to know, and experience can be a sign of inefficiency.

Comparisons are odious and, in this case, unnecessary. He does not pretend to be the new Iniesta, or to remember the best Silva, he seeks to carve his own name in the history of the sport.

There is still a long way to go and his skills to improve are visible, but Barcelona demands a new illusion and Gavi is synonymous with hope. His exquisiteness with the ball amazes me, as well as his innately correct decision making but what really makes me surrender to him is his ambition to always want to go one step further and his courage to never get smaller despite playing in front of his idols.