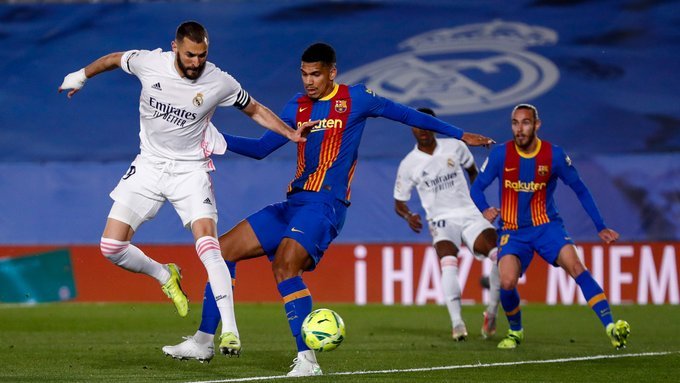 Yesterday one of the most important and exciting matches of the season took place. One of those games that every footballer wants to play once in a lifetime and that every fan longs to arrive as quickly as possible.

El Clásico is a special encounter that does not understand streaks. However, it seems relevant to note that yesterday both teams were positioned on the green with completely different trajectories. The home team came from a regular streak but after playing an excellent game against an entity opponent like Liverpool. The visiting team, on the other hand, faced the match after an excellent run but after a regular game against the modest Valladolid.

The whites began the ninety minutes with one more march, demonstrable in their aggressiveness and concentration. Both squads, aware of their virtues, sought to impose their styles. Even so, such a high-voltage match could only be decided by the team that had better control of their defensive settings. The simplicity of football lies in knowing how to play your cards and uncover the opponent’s cards as soon as possible and although it may be implausible, having control of the game does not imply having control of the ball.

A top Real Madrid on the crest of the wave during the first half drowned in the second half due to a weather and game storm.

Controversies aside, el Clásico is usually a match that is won by the team that shows the most desire. And yesterday that team was Real Madrid.