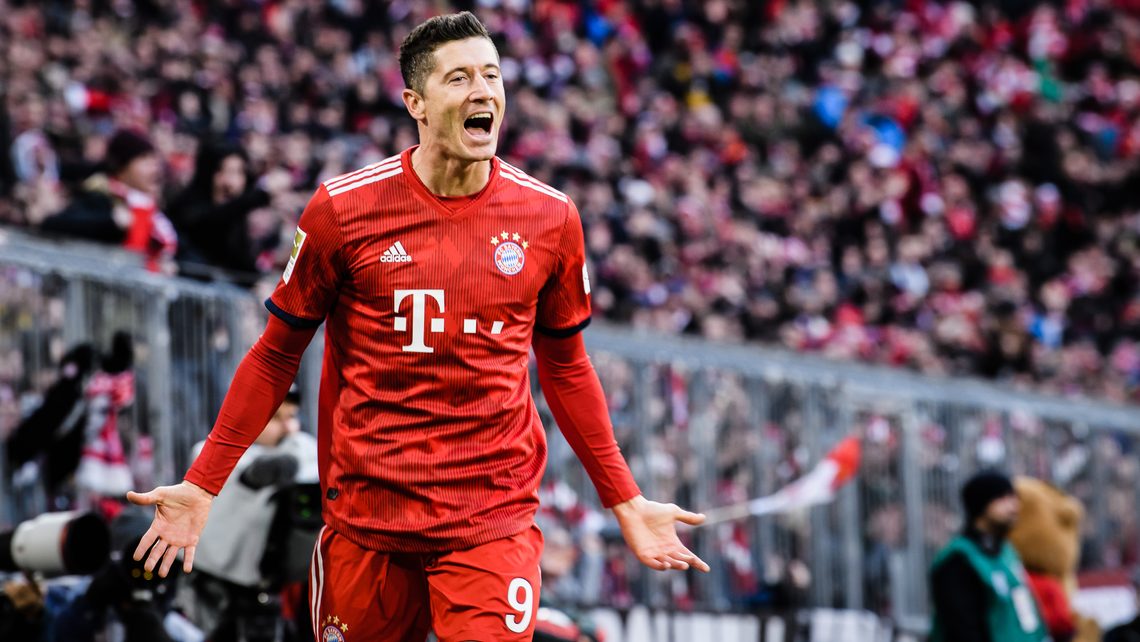 Today we are moving to Warsaw. The Polish capital, rebuilt after the Nazi occupation, was declared a World Heritage Site in 1980 and is noted for its rich architectural variety.

Eight years later, one of his prodigal sons and the protagonist of this post was born. Simply “The Best”. At the age of thirty-two, he receives a long-awaited and well-deserved recognition.

The fearsome striker had a “late” start, as he was still playing in his home country’s league ten years ago. However, Borussia Dortmund scouts, (who else?) threw their nets over him. His professionalism and ambition did the rest. After four wonderful years in which he formed an attacking trio with Mario Götze and Marco Reus, he arrived free to Bayern München to establish an undisputed hegemony along with the multifaceted Thomas Müller.

The first foreign player to break the 250-goal barrier in Germany is approaching the top scorers’ podium in the Bundesliga. Watching him celebrate one or more goals per game has become commonplace, but that does not stop him from being admirable. His positive and winning mentality not only helps him to perfect his game year after year but also contributes to the improvement of his teammates.

Those who know him speak wonders about him. He is a familiar guy with his feet on the ground, in fact, his success would not be understandable without the invaluable help of his wife Anna (nutritionist) and her feeding guidelines.

Away from the spotlight, today the trail of the greatest is installed above you. Welcome and congratulations.